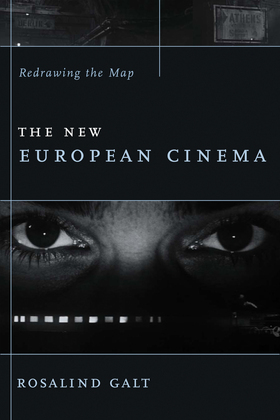 New European Cinema offers a compelling response to the changing cultural shapes of Europe, charting political, aesthetic, and historical developments through innovative readings of some of the most popular and influential European films of the 1990s. Made around the time of the revolutions of 1989 but set in post-World War II Europe, these films grapple with the reunification of Germany, the disintegration of the Balkans, and a growing sense of historical loss and disenchantment felt across the continent. They represent a period in which national borders became blurred and the events of the mid-twentieth-century began to be reinterpreted from a multinational European perspective.

Featuring in-depth case studies of films from Italy, Germany, eastern Europe, and Scandinavia, Rosalind Galt reassesses the role that nostalgia, melodrama, and spectacle play in staging history. She analyzes Giuseppe Tornatore's Cinema Paradiso, Michael Radford's Il Postino, Gabriele Salvatores's Mediterraneo, Emir Kusturica's Underground, and Lars von Trier's Zentropa, and contrasts them with films of the immediate postwar era, including the neorealist films of Roberto Rossellini and Vittorio De Sica, socialist realist cinema in Yugoslavia, Billy Wilder's A Foreign Affair, and Carol Reed's The Third Man. Going beyond the conventional focus on national cinemas and heritage, Galt's transnational approach provides an account of how post-Berlin Wall European cinema inventively rethought the identities, ideologies, image, and popular memory of the continent. By connecting these films to political and philosophical debates on the future of Europe, as well as to contemporary critical and cultural theories, Galt redraws the map of European cinema.