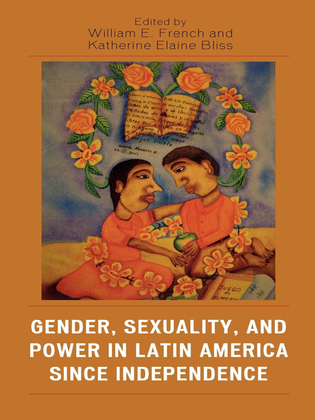 Gender, Sexuality, and Power in Latin America since Independence

This innovative volume of original primary research integrates gender and sexuality into the main currents of historical interpretation concerning Latin America. The book argues that gender and sexuality-rather than simply supplementing existing explanations of political, social, cultural, and economic phenomena-are central to understanding these processes. Focusing on subjects as varied as murder, motherhood and the death penalty in early Republican Venezuela, dueling in Uruguay, midwifery in Brazil, youth culture in Mexico, and revolution in Nicaragua, contributors explore the many ways that gender and sexuality have been essential to the operation of power in Latin America over the last two hundred years.