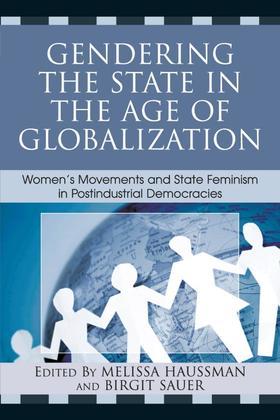 Gendering the State in the Age of Globalization: Women's Movements and State Feminism in Postindustrial Democracies

Gendering the State is a ground-breaking collection of studies that examines the efforts of women in countries all over the world to frame public policy debates on nationally critical issues in gendered terms. The overall study is grouped into three distinct patterns of state change: state downsizing—particularly in social policy areas (Canada, Finland, the Netherlands, the United States, and Spain); expansion of state activities into previously less-regulated areas (Austria, France, Germany, and Sweden); and transformation—often constitutionally based—of representative structures (Australia, Belgium, Italy, Japan, and the United Kingdom). Examination of these patterns reveals the impact of the changes in state structures and national priorities on the effectiveness and ability of women's movement actors in achieving their goals.