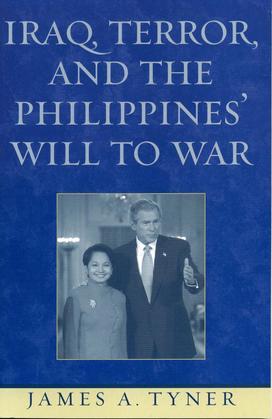 Iraq, Terror, and the Philippines' Will to War

by James A. Tyner (Author)
Nonfiction History History by country Asia
EPUB
Unlimited loans, One at a time
Details

After September 11, 2001, U.S. President George W. Bush put together a 'Coalition of the Willing.' From the very beginning this coalition included the Philippines, a willing participant in the U.S.-led invasion and occupation of Iraq and the larger War on Terror. This timely and persuasive book argues that the Philippines' recent foreign policy must be understood by considering three factors: the crucial role of overseas employment to the Philippine economy, the mendicant relationship between the Philippines and the United States, and the Catholicism of Philippine President Gloria Macapagal-Arroyo. This study of the Philippines' recent foreign policy examines the interconnections of international relations, transnational labor migration, military conflict, theology, and terrorism. It is unique in its explicit examination of peripheral states' participation in the War on Terror, the invasion of Iraq, and the Coalition of the Willing, as well as its willingness to discuss the religious context of a state's foreign policy.