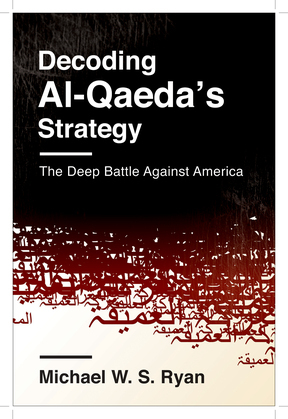 Ryan examines the Salafist roots of al-Qaeda ideology and the contributions of its most famous founders, Osama Bin Laden and Ayman al-Zawahiri, in a political-military context. He also reads the Arabic-language works of lesser known theoreticians who have played an instrumental role in framing al-Qaeda’s so-called war of the oppressed. These authors readily cite the guerrilla strategies of Mao, Che Guevara, and the mastermind of the Vietnam War, General Giap. They also incorporate the arguments of American theorists writing on “fourth-generation warfare.”

Through these texts, readers experience events as insiders see them, and by concentrating on the activities and pronouncements of al-Qaeda’s thought leaders, especially in Yemen, they discern the direct link between al-Qaeda’s tactics and trends in anti-U.S. terrorism. Ryan shows al-Qaeda’s political-military strategy to be a revolutionary and largely secular departure from the classic Muslim conception of jihad, adding invaluable dimensions to the operational, psychological, and informational strategies already deployed by America’s military in the region.