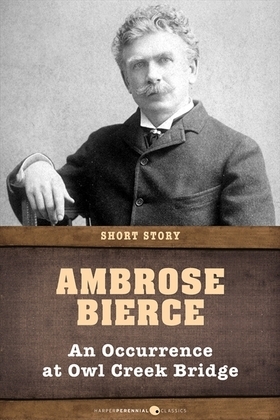 An Occurrence At Owl Creek Bridge

by Ambrose Bierce (Author)
Fiction Classics
EPUB
26 Loans, One at a time
Details

Peyton Farquhar, a confederate sympathizer, stands to be hanged for his role in a plot to demolish Owl Creek Bridge. As he awaits death, Farquhar considers the possibility of escape—the chances of slipping his bonds, swimming to safety, and returning to his family. “An Occurrence at Owl Creek Bridge” recounts the final moments before Farquhar is hanged, exploring the feelings of a man facing his death, and the close relationship between life and death.

Known for both its irregular time sequence and its surprising ending, “An Occurrence at Owl Creek Bridge” is the most anthologized of Ambrose Bierce’s stories.