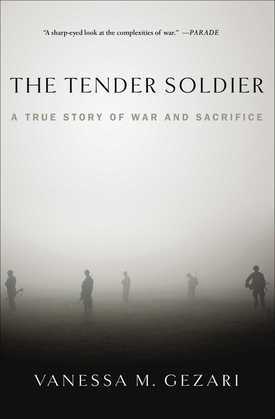 The Tender Soldier: A True Story of War and Sacrifice

A ?sharp-eyed look at the complexities of war? (Parade), that explores the inner workings of the Human Terrain System, a Pentagon program that sends civilian social scientists into war zones to help soldiers understand local culture.

On the day Barack Obama was elected president in November 2008, a small group of American civilians took their optimism and experience to a village west of Kandahar, Afghanistan. They were part of the Pentagon?s controversial attempt to bring social science to the battlefield, driven by the notion that you can?t win a war if you don?t understand the enemy and his culture. The field team in Afghanistan that day included an intrepid Texas blonde, a former bodyguard for Afghan president Hamid Karzai, and an ex-military intelligence sergeant who had come to Afghanistan to make peace with his troubled past. But not all goes as planned.

In this tale of moral suspense, journalist Vanessa Gezari follows these three idealists from the hope that brought them to Afghanistan through the events of the fateful day when one is gravely wounded, an Afghan is dead, and a proponent of cross-cultural engagement is charged with his murder. Through it all, these brave Americans ended up showing the world just how determined they were to get things right, how hard it was to really understand a place like Afghanistan where storytelling has been a major tool of survival, and why all future wars will involve this strange mix of fighting and listening.

Vanessa Gezari is the only journalist to have gained access to the lives of people inside this troubled Army program, including the brilliant, ambitious figures who conceived it. This true story of war and sacrifice will upend your ideas about what really went wrong in Afghanistan.