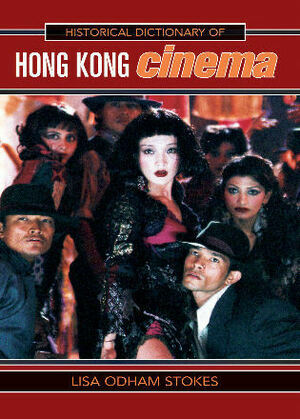 Despite the industry being shutdown by two world wars, having its martial arts films dismissively labeled as 'chopsocky,' and operating on shoestring budgets, the films of Hong Kong have been praised and imitated all over the world. From its beginning in 1909 with the silent short Stealing the Roast Duck to the martial arts classic Enter the Dragon (1973) to Peter Chan's Perhaps Love (2005), a reinvention of Chinese musicals via Hollywood, the vast cinema of Hong Kong has continually reinvented itself. Stars such as Bruce Lee, Jackie Chan, and Jet Li have become household names, and actors like Andy Lau, Maggie Cheung, Stephen Chiau, Michelle Yeoh, and Chow Yun-fat continue to gain fame throughout the world. And the impact of directors like Ang Lee, Tsui Hark, Wong Kar-wai, and John Woo can be seen nearly everywhere in Hollywood. The Historical Dictionary of Hong Kong Cinema provides essential facts and descriptive evaluation concerning Hong Kong filmmaking and its filmmaking community. This is accomplished through the use of a chronology, a list of acronyms and abbreviations, an introductory essay, illustrations of individuals and film stills, a bibliography, and hundreds of cross-referenced dictionary entries on directors, producers, writers, actors, films, film companies, genres, and terminology. Having perused this, readers will not only know considerably more about a rather amazing place, they will have an almost palpable feeling for how it works.