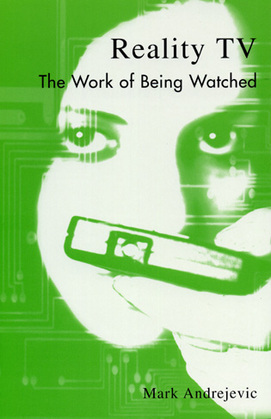 Reality TV: The Work of Being Watched

Drawing on cultural theory and interviews with fans, cast members, and producers, this book places the reality TV trend within a broader social context, tracing its relationship to the development of a digitally enhanced, surveillance-based interactive economy and to a savvy mistrust of mediated reality in general. Surveying several successful reality-TV formats, the book links the rehabilitation of 'Big Brother' to the increasingly important economic role played by the work of being watched. The author enlists critical social theory to examine how the appeal of 'the real' is deployed as a pervasive but false promise of democratization.