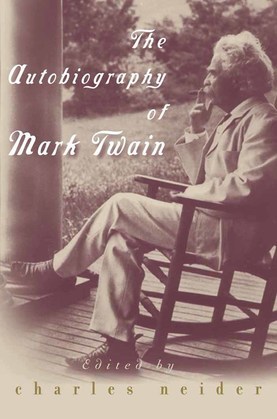 The Autobiography of Mark Twain

Due to copyright restrictions, this eBook may not contain all of the images available in the print edition.

"Mark Twain's autobiography is a classic of American letters, to be ranked with the autobiographies of Benjamin Franklin and Henry Adams.... It has the marks of greatness in it--style, scope, imagination, laughter, tragedy."

--From the Introduction by Charles Neider

Mark Twain was a figure larger than fife: massive in talent, eruptive in temperament, unpredictable in his actions. He crafted stories of heroism, adventure, tragedy, and comedy that reflected the changing America of the time, and he tells his own story--which includes sixteen pages of photos--with the same flair he brought to his fiction. Writing this autobiography on his deathbed, Twain vowed to he "free and frank and unembarrassed" in the recounting of his life and his experiences.

Twain was more than a match for the expanding America of riverboats, gold rushes, and the vast westward movement, which provided the material for his novels and which served to inspire this beloved and uniquely American autobiography.