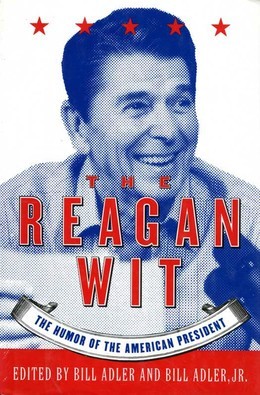 by Bill Adler (Author)
Non-Fiction Humor
EPUB
26 Loans, One at a time
Details

Legendary for his clever gibes, bits of wisdom, and ability to laugh at himself, Ronald Reagan endeared himself to the public from the moment he entered the political arena. Few presidents have been so frequently quoted for their one-liners or quick comebacks.

Now, for the first time, The Reagan Wit offers the Reagan humor in hundreds of quotations, both famous and unfamiliar, from every phase of his life, all in his own words. Following Reagan through his youth, college years, military service, acting career, two terms as governor of California, presidency, and post-presidency, The Reagan Wit takes a look at endless priceless moments. Included here are well-known gems like Honey, I forgot to duck (after the assassination attempt on him) as well as lesser-known but equally entertaining statements such as, Im not worried about the deficit: its big enough to take care of itself, capturing the charm that has made Reagan a revered figure. Whether hes playing a mischievous college prank, cajoling his staff members, or jousting with the press, The Reagan Wit gives an all-encompassing and hilarious portrait of Reagans remarkable comic timing.