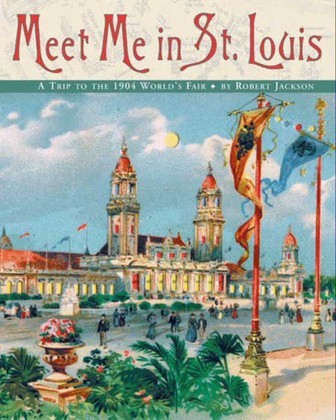 You are holding a ticket to one of the largest and most magnificent celebrations of all time -- the 1904 St. Louis World's Fair!

For seven months nearly twenty million visitors from around the globe flooded the fairgrounds of Forest Park. Many explored the twelve mammoth palaces (made of plaster and horsehair!), which showcased amazing exhibits. Others enjoyed watching the first Olympic Games in the United States, keeping cool all summer with a new treat that became an instant hit -- the ice-cream cone. And everyone loved viewing all 1275 acres of fairgrounds from atop the 265-foot Ferris wheel.

Robert Jackson describes the planning, building, events, and memory of a fair that enthralled millions with its magic. In fascinating detail, he captures the energy and imagination of turn-of-the-century America, when fairgoers begged friends and family to meet them in St. Louis.