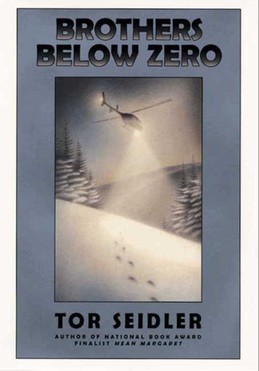 Tim Tuttle can't hold a candle to John Henry -- not in school, not in sports, not in anything. To make matters worse, John Henry is his younger brother. However, Tim has a wonderful refuge: his friendship with his eccentric great-aunt Winifred. And when his great-aunt teaches him to paint, Tim discovers a world all his own.

Tim's newfound talent delights his parents, but it doesn't sit well with John Henry. Until one snowy Christmas Eve, when he hits upon the perfect plan to undermine Tim's glory. John Henry's sinister scheme succeeds beyond his wildest expectations and leads to a harrowing subzero adventure that changes both boys forever.

Gripping and moving, Brothers Below Zero demonstrates that Tor Seidler is one of the strongest voices writing today.