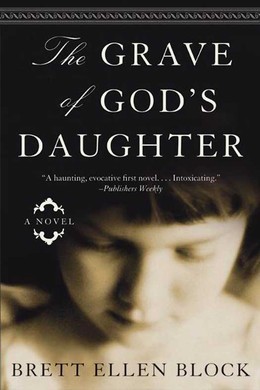 The Grave of God's Daughter

by Brett Ellen Block (Author)
Fiction
EPUB
26 Loans, One at a time
Details

A woman is faced with the past she's tried to put behind her only to find that what transpired in her childhood has never been further away than her own shadow.

The year is 1941. Rooted in the lonely outreaches of the Allegheny Mountains lies the town of Hyde Bend. Its heart: a steel mill; its bones: the tight community of Polish immigrants who inhabit it; and its blood: their fierce Catholic faith. But buried in the town's soul is a dangerous secret surrounding the death of a revered priest.

Upon returning to Hyde Bend, a young woman accidentally uncovers the truth behind this crime, which leads to a second murder. The town quickly erupts in fear and finger pointing. The girl is forced to unravel the now-intertwined mysteries and discovers her own family at the center. Now she must confront all she holds sacred if she is to save her family and herself in this story of lost innocence, transgression, faith, and forgiveness.