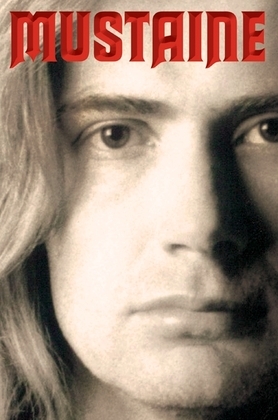 Founding member, singer, and lead guitarist of Metallica and Megadeath shares the ultimate, unvarnished story behind his involvement in the rise of two of the world’s most influential heavy metal bands in history.

Dave Mustaine is the first to admit that he’s bottomed out a few times in his dark and twisted speed metal version of a Dickensian life. From his soul-crushing professional and artistic setbacks to his battle with addiction, Mustaine has hit rock bottom on multiple occasions. April 1983 was his lowest point, when he was unceremoniously fired from Metallica for his hard-partying ways. But, what seemed to be the end of it all was just the beginning for the guitarist.

After parting ways with Metallica, Mustaine went on to become the front man, singer, songwriter, guitarist (and de facto CEO) for Megadeath—one of the most successful metal bands in the world. A pioneer of the thrash metal movement, Megadeath rose to international fame in the 1980s, and has gone on to earn seven consecutive Grammy nominations for Best Metal Performance.

In this outrageously candid memoir, one of heavy metal’s most iconic figures gives an insider’s look into the loud and sordid world of thrash metal—sex, drugs, and rock n’ roll included.