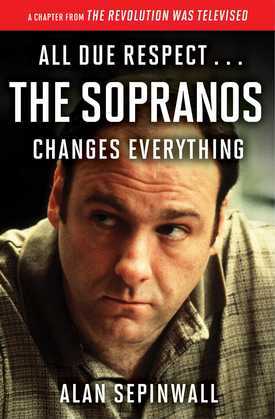 All Due Respect . . . The Sopranos Changes Everything: A Chapter From The Revolution Was Televised by Alan Sepinwall

"The Sopranos is the one [show] that made the world realize something special was happening on television. It rewrote the rules and made TV a better, happier place for thinking viewers, even as it was telling the story of a bunch of stubborn, ignorant, miserable excuses for human beings" (From All Due Respect?The Sopranos Changes Everything).


In this chapter from the critically acclaimed book The Revolution Was Televised, Alan Sepinwall explores why The Sopranos was critical to ushering in a new golden age in television. Drawing on a new interview with creator David Chase, Sepinwall weaves fascinating behind-the-scenes details about the show with his trademark incisive criticism?including his theory on the controversial series finale.