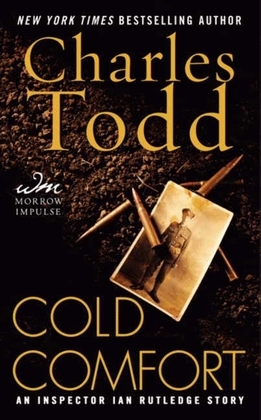 A brand-new Ian Rutledge e-original novella from Charles Todd, including a special excerpt from the next Rutledge novel, Hunting Shadows, available this January.

It’s 1915, and the Great War is barely six months old. Lieutenant Ian Rutledge has left behind his career at Scotland Yard and is now serving in France. He’s temporarily with the sappers—men digging underground tunnels toward the German lines to set off explosions under the enemy trenches. In his sector, Rutledge and his men set their charges and get out of the tunnel as fast as possible. But the charges don’t go off. It’s madness to go back down and find out why, but Rutledge and Private Williams volunteer. They barely make it back before the tunnel blows up. Rutledge suspects that two Welsh miners cut the fuse too long, even though they deny it.

Then Williams confides to Rutledge that these same men, half brothers Taffy Jones and Aaron Lloyd, have tried before this to kill him. And they’re determined enough to risk other men’s lives as well. Rutledge discovers in the midst of a raging battle that murder has made its way to France, and he must find a way to prove it.