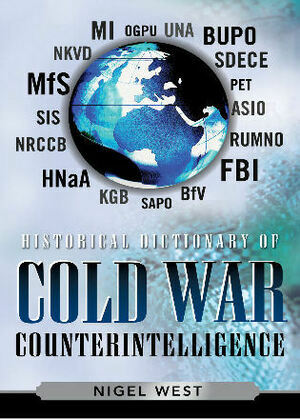 The defection of Igor Gouzenko in September 1945, more so than any other single event, alerted the West to the nature and scale of the Soviet espionage offensive being waged by the Kremlin. Apart from the dozen or so defendants convicted of spying, Gouzenko wrecked an organization that had taken years to develop, exposed the penetration of the Manhattan atomic weapons project, and demonstrated the very close relationship between the Canadian Communist Party and Moscow. Many credit this event as sparking the bitter but secretive struggle fought between the intelligence agencies of the East and West for nearly half a century. The Historical Dictionary of Cold War Counterintelligence tells the story of both sides' fierce efforts to penetrate and subvert the opponent while desperately trying to avoid a similar fate. Through a chronology, an introduction, appendixes, a bibliography, and hundreds of cross-referenced dictionary entries on the organizations, operations, events, and personalities that influenced counterintelligence during the Cold War, the world of double agents, spies, and moles is explained in the most comprehensive reference currently available.