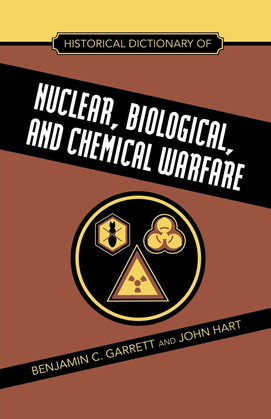 Human experience with nuclear, biological, and chemical (NBC) warfare has been limited, especially in comparison to conventional forms of warfare. Our experience with nuclear warfare is confined to a period of less than one week during the end of World War II, when the United States successfully used two nuclear weapons against targets in Japan. The course of biological warfare and modern use of biological weapons are difficult to track owing to the difficulty of differentiating deliberate use from natural outbreaks. However, the keen potential of biological weapons in acts of terror was shown in the mass disruption caused in the fall 2001 experience in the U.S. with the release of anthrax through the American postal system. Chemical weapons have been used in a handful of conflicts since their introduction to modern warfare during World War I, most recently during the Iran-Iraq War during the 1980s. Despite this limited experience, NBC warfare continues to exert a certain fascination among states. The Historical Dictionary of Nuclear, Biological, and Chemical Warfare covers the development and use of NBC weapons as well as efforts to limit or control the use of these weapons through a chronology, a bibliography, an introductory essay, and dictionary entries. Over 500 cross-referenced dictionary entries provide a unique selection of terms related to NBC warfare, ranging from basic descriptions of substances used in NBC warfare to details on incidents and episodes where NBC weapons were used. Entries are structured around historical events, persons important to NBC warfare, countries where such weapons have been developed or used, and international treaties and treaty-related organizations.