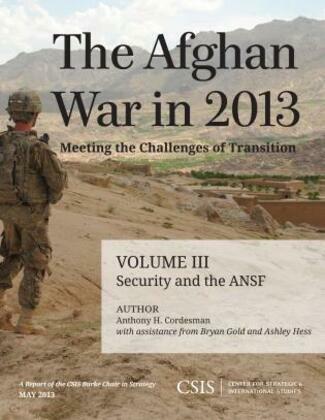 The Afghan War in 2013: Meeting the Challenges of Transition: Security and the Afghan National Security Forces

After more than a decade of fighting in Afghanistan, the United States and its allies are set to transfer security responsibilities to Afghan forces in 2014. This transition poses many challenges, and much will depend on the future of Afghan politics, governance, corruption, development, security, and economics. How the United States manages the transition is vital for any hopes of creating a secure Afghanistan, as well as preventing the reemergence of the Taliban and other terrorist groups. The Afghan War in 2013 honestly assesses the benefits, costs, and risks involved in transition. It is essential reading for an in-depth understanding of the complex forces and intricacies of the United States’ role in Afghanistan and the difficulties involved in creating a stable Afghanistan in 2014 and beyond.