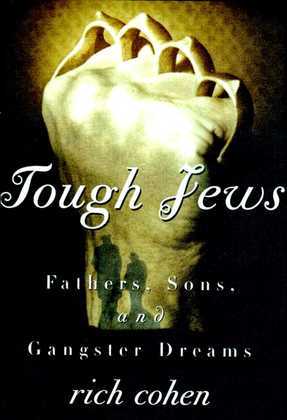 Award-winning writer Rich Cohen excavates the real stories behind the legend of infamous criminal enforcers Murder, Inc. and contemplates the question: Where did the tough Jews go?

In 1930s Brooklyn, there lived a breed of men who now exist only in legend and in the memories of a few old-timers: Jewish gangsters, fearless thugs with nicknames like Kid Twist Reles and Pittsburgh Phil Strauss. Growing up in Brownsville, they made their way from street fights to underworld power, becoming the execution squad for a national crime syndicate. Murder Inc. did for organized crime what Henry Ford did for the automobile, and Tough Jews is the first in-depth portrait of these men, a thrilling glimpse at the muscle that made possible the success of gangster statesmen such as Bugsy Siegel, Meyer Lansky, and Lucky Luciano.

For Rich Cohen, who grew up in suburban Illinois in the 1980s taunted by the stereotype of Jews as book-reading rule followers, the very idea of the Jewish gangster was a relief; for once, a Jew in jail did not have to be a white collar criminal. With a clear eye and a comic sensibility, Cohen looks beyond the blood and ultimately encounters each of these ruthless killers? matzo-ball heart. Tough Jews shows what can happen when a member of the tribe combines brains, heart, and a dangerous determination never to back down.