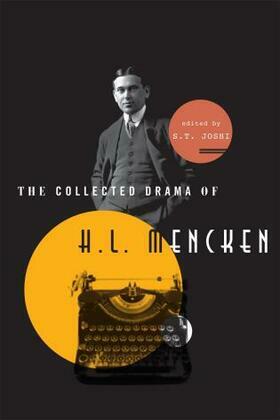 The Collected Drama of H. L. Mencken: Plays and Criticism

In The Collected Drama of H. L. Mencken: Plays and Criticism, S. T. Joshi has assembled for the first time Mencken’s dramatic works, comprising six one-act plays and the lengthy three-act play Heliogabalus. These plays, which have never been reprinted since their original appearances in newspapers or in Mencken’s early volume A Book of Burlesques (1916), exhibit Mencken’s penchant for satire and ridicule. The second half of this book features a selection of Mencken’s early writings (1905–17) on drama, most of which have never been reprinted. Various essays on Shakespeare, Shaw, Synge, Strindberg, Ibsen, and others exhibit Mencken’s keenness as a literary critic and his understanding of the aesthetic possibilities of the drama.