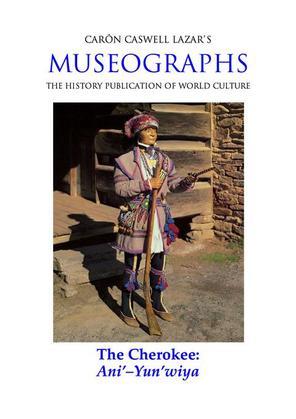 Grounded in the maintenance of balance and the pursuit of peace, the Cherokee Nation has always had a difficult task. In The Cherokee accompany these Principle People on their quest – from the first 1,000 years of harmony preceding conflict with DeSoto in 1540 to the present-day resurgence of tribal unity.

The Cherokee's pre-contact world was peaceful and often unrecognized or misrepresented by American history books. It encompassed a deep reverence for nature and commitment to equality between men and women that acknowledged certain strengths and weaknesses of the sexes, but was devoid of shame. The systems of war, religion, and justice encouraged prudent thought and action and frowned upon carelessness and waste.

The approach of whites threw a wrench into their peaceful balance and forced the Cherokee into a series of never-ending land disputes, a battery of inhumane and unjust treatment, and a process of decision-making that would profoundly impact the next several hundred years of their history.

After undergoing a long period of suffering culminating in The Trail of Tears of 1839, certain Cherokee, known as 'the Progressives,' made a conscious decision to embrace white culture. These Cherokee were able to remain in the East while most of their brethren were marched West to the wastelands of Oklahoma. In the short term, this sparked a period of achievement called the Renaissance, where the Eastern Cherokee attained literacy, saw economic prosperity, clung to a portion of their ancestral lands, and forged a much needed strength and nationalism.

In the long term the choice would show them to be an exceedingly adaptable and flexible union. Faced with complete tribal bifurcation at the hands of "the Traditionalists" who opposed the decision, and with elimination due to removal and disease, the Cherokee persevered. Empowered by pride and fueled with a desire to restore harmony again, they regrouped and fought for the signing at Red Clay. It is here that a common Cherokee culture was reinstated and harmony and balance restored – at least for now.