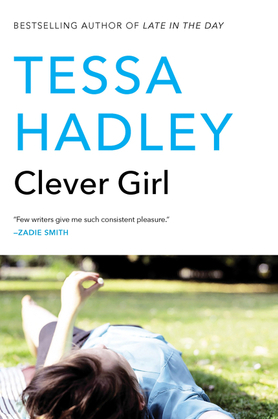 Clever Girl is an indelible story of one woman’s life, unfolded in a series of beautifully sculpted episodes that illuminate an era, moving from the 1960s to today, from one of Britain’s leading literary lights—Tessa Hadley—the author of the New York Times Notable Books Married Love and The London Train.

Like Alice Munro and Colm Tóibin, Tessa Hadley brilliantly captures the beauty, innocence, and irony of ordinary lives—an ability to transform the mundane into the sublime that elevates domestic fiction to literary art.

Written with the celebrated precision, intensity, and complexity that have marked her previous works, Clever Girl is a powerful exploration of family relationships and class in modern life, witnessed through the experiences of an English woman named Stella. Unfolding in a series of snapshots, Tessa Hadley’s moving novel follows Stella from the shallows of childhood, growing up with a single mother in a Bristol bedsit in the 1960s, into the murky waters of middle age.

Clever Girl is a story vivid in its immediacy and rich in drama—violent deaths, failed affairs, broken dreams, missed chances. Yet it is Hadley’s observations of everyday life, her keen skill at capturing the ways men and women think and feel and relate to one another, that dazzles.