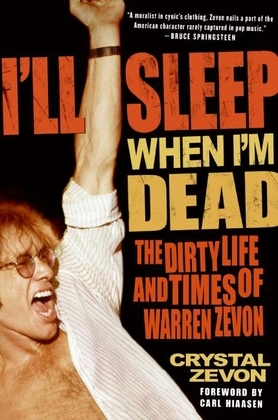 I'll Sleep When I'm Dead: The Life and Times of Warren Zevon

When Warren Zevon died in 2003, he left behind a rich catalog of dark, witty rock 'n' roll classics, including "Lawyers, Guns and Money," "Excitable Boy," and the immortal "Werewolves of London." He also left behind a fanatical cult following and veritable rock opera of drugs, women, celebrity, genius, and epic bad behavior. As Warren once said, "I got to be Jim Morrison a lot longer than he did."

Narrated by his former wife and longtime co-conspirator, Crystal Zevon, this intimate and unusual oral history draws on interviews with Bruce Springsteen, Stephen King, Bonnie Raitt, and numerous others who fell under Warren's mischievous spell. Told in the words and images of the friends, lovers, and legends who knew him best, I'll Sleep When I'm Dead captures Warren Zevon in all his turbulent glory.