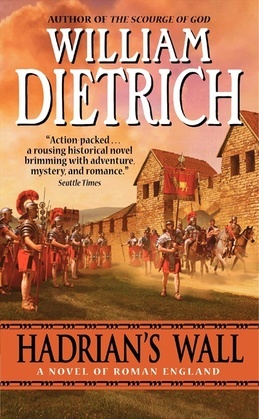 by William Dietrich (Author)
Fiction
EPUB
26 Loans, One at a time
Details

A fusion of Steven Pressfield's Gates of Fire and the movie Braveheart; a novel of ancient warfare, lethal politics, and the final great clash of Roman and Celtic culture.

For three centuries, the stone barrier we know as Hadrian's Wall shielded Roman Britain from the unconquered barbarians of the island's northern highlands. But when Valeria, a senator's daughter, is sent to the Wall for an arranged marriage to an aristocratic officer in 367 AD, her journey unleashes jealousy, passion and epic war. Valeria's new husband, Marcus, has supplanted the brutally efficient veteran soldier Galba as commander of the famed Petriana cavalry. Yet Galba insists on escorting the bride–to–be on her journey to the Wall. Is he submitting to duty? Or plotting revenge? And what is the mysterious past of the handsome barbarian chieftain Arden Caratacus, who springs from ambush and who seems to know so much of hated Rome?

As sharp as the edge of a spatha sword and as piercing as a Celtic arrow, Hadrian's Wall evokes a lost world of Roman ideals and barbaric romanticism.