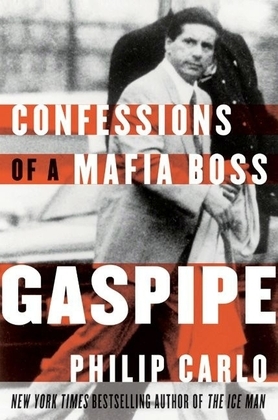 The boss of New York's infamous Lucchese crime family, Anthony "Gaspipe" Casso's life in the Mafia was preordained from birth. His rare talent for "earning"—concocting ingenious schemes to hijack trucks, rob banks, and bring vast quantities of drugs into New York—fueled his unstoppable rise up the ladder of organized crime. A mafioso responsible for at least fifty murders, Casso lived large, with a beautiful wife and money to burn. When the law finally caught up with him in 1994, Casso became the thing he hated most—an informer.

From his blood feud with John Gotti to his dealings with the "Mafia cops," decorated NYPD officers Lou Eppolito and Stephen Caracappa, to the Windows case, which marked the beginning of the end for the New York Mob, Gaspipe is Anthony Casso's shocking story—a roller-coaster ride into an exclusive netherworld that reveals the true inner workings of the Mafia, from its inception to the present time.