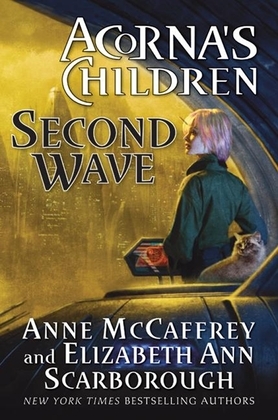 It is difficult growing up in the shadow of heroes revered throughout the galaxy. But that is the lot of young Khorii—daughter of the legendary Acorna and her lifemate, Aari—who must now follow her own destiny through a fantastic universe of wonders and perils.

Khorii became a hero in her own right as she fought to save the universe from a mysterious, deadly plague that not even the healing powers of the Linyaari could stop.

Now, confined with the rest of the survivors on Paloduro, the home planet of the disease, it seems as if the danger may be fading, and Khorii and her friends may be able to stem the tide of death and disease . . . until ominous signs indicate that the perpetrators are near and that the epidemic is only beginning. As old enemies reemerge and a shocking family secret is revealed, Khorii must unlock the malevolent mysteries of the deadly pestilence with the aid of her android "brother" before their unknown foes complete their covert mission to cripple the entire star system.