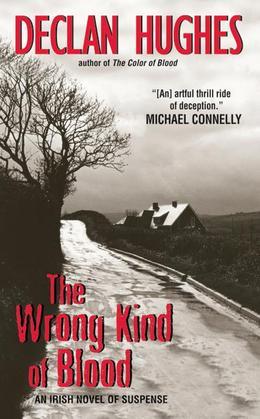 The Wrong Kind of Blood

After twenty years in Los Angeles, Ed Loy has come home to bury his mother. But hers is only the first dead body he encounters after crossing an ocean.

The city Loy once knew is an unrecognizable place, filled with gangsters, seducers, hucksters, and crazies, each with a scheme and an angle. But he can't refuse the sexy former schoolmate who asks him to find her missing husband—or the old pal-turned-small time criminal who shows up on Loy's doorstep with a hard-luck story and a recently fired gun. Suddenly, a tragic homecoming could prove fatal for the grieving investigator, as an unexplained photograph of his long-vanished father, a murky property deal, and a corpse discovered in the foundations of town hall combine to turn a curious case into a dark obsession—dragging Ed Loy into a violent underworld of drugs, extortion, and murder . . . and through his own haunted past where the dead will never rest.