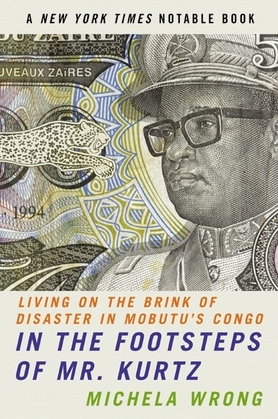 In the Footsteps of Mr. Kurtz

by Michela Wrong (Author)
Fiction
EPUB
26 Loans, One at a time
Details

Known as "the Leopard," the president of Zaire for thirty-two years, Mobutu Sese Seko, showed all the cunning of his namesake -- seducing Western powers, buying up the opposition, and dominating his people with a devastating combination of brutality and charm. While the population was pauperized, he plundered the country's copper and diamond resources, downing pink champagne in his jungle palace like some modern-day reincarnation of Joseph Conrad's crazed station manager.

Michela Wrong, a correspondent who witnessed Mobutu's last days, traces the rise and fall of the idealistic young journalist who became the stereotype of an African despot. Engrossing, highly readable, and as funny as it is tragic, In the Footsteps of Mr. Kurtz assesses the acts of the villains and the heroes in this fascinating story of the Democratic Republic of Congo.