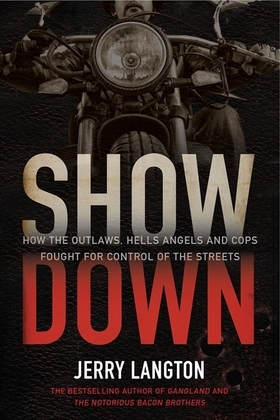 The inside story of the street war between Canada's most violent biker gangs-the Outlaws and the Hell's Angels Once bikers who road together, Mario Parente and Walter Stadnick, are now mortal enemies, chiefs, respectively, of the Outlaws and Hell's Angels, embroiled in a bloody turf war over control of the lucrative drug, prostitution, and vice markets in Ontario's Golden Horseshoe. Written with the cooperation of Mario Parente, Showdown describes the biker gang equivalent of the Godfather, the violent power shifts as Satan's Choice, a rival gang falls into disarray, and as Parente gears up to protect Southwest Ontario from Stadnick's vision of making the Hell's Angels the largest criminal biker gang in Canada.

With frightening and compelling detail, Showdown lets readers experience firsthand the personalities and day-to-day workings behind the brutal and deadly rivalries that mark one piece of Canada's criminal underworld.