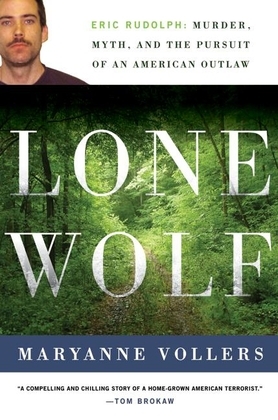 Five years after escaping into the mountains of North Carolina, Eric Rudolph was becoming a figure of folk legend. The FBI had long since abandoned its manhunt—the largest ever on U.S. soil—for the fugitive accused of bombing the Atlanta Olympics, two abortion clinics, and a gay bar. Then, one night, Rudolph got careless; he was arrested and put in jail—possibly forever. But even in custody, he remained unrepentant . . . and an enigma.

In Lone Wolf, Maryanne Vollers brings the reader deep inside one of the most sensational cases of domestic terrorism in American history. At the same time, without losing sight of the hideous nature of Rudolph's violent crimes, she successfully puts a human face on an iconic killer while exploring the painful mysteries of the heart.