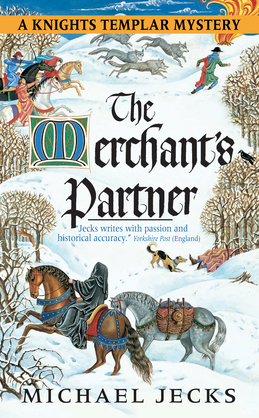 When the mutilated body of midwife and healer Agatha Kyteler is discovered in a hedge one frozen wintry morning, it at first appears the lack of clues will render the crime unsolvable -- until a frightened local youth inexplicably flees his village and a hue and cry is raised. Sir Baldwin Furnshill, once a Knight Templar, however, has doubts about the boy’s guilt, and enlists friend and bailiff of Lydford Castle, Simon Puttock, in the hunt for a murderer. But what they seek lies somewhere on the darker side of the village of Wefford, beneath layers of jealousy, suspicion, and hatred -- and the buried truth could prove fatal to anyone who disturbs it.