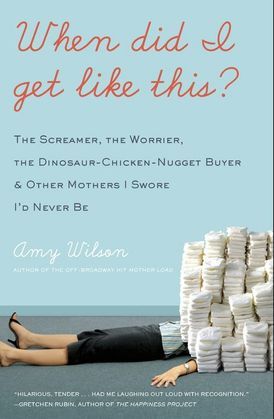 When Did I Get Like This?: The Screamer, the Worrier, the Dinosaur-Chicken-Nugget-Buyer, and Other Mothers I Swore I'd Never Be

“Amy Wilson’s hilarious, tender memoir…had me laughing out loud with recognition. She captures the small moments of motherhood in a way that is both funny and thought-provoking.”
—Gretchen Rubin, author of The Happiness Project

From the creator and star of the one-woman off-Broadway show Mother Load, comes When Did I Get Like This?, a screamingly funny take on being a modern woman, wife, and mother told with “a level of hilarity that even non-moms can appreciate” (Time Out). Amy Wilson’s poignant and provocative, utterly outrageous look at “the Screamer, the Worrier, the Dinosaur-Chicken-Nugget-Buyer, and Other Mothers I Swore I’d Never Be” has already earned an appreciative response from Three-Martini Playdate author Christie Mellor, who calls it, “As entertaining as it is reassuring.”