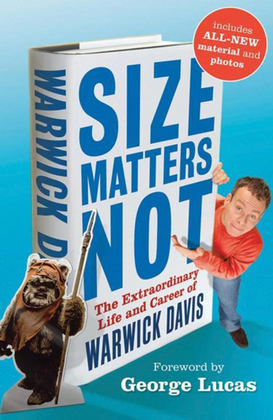 Size Matters Not: The Extraordinary Life and Career of Warwick Davis

The life and times of Warwick Davis, star of Ricky Gervais's forthcoming sitcom, Life's Too Short

Actors work their entire careers hoping to achieve the kind of cult movie hero status that Davis achieved at the age of eleven playing Wicket W. Warrick, the lead Ewok in Star Wars: Return of the Jedi. In this lively and down-to-earth memoir, Davis offers personal stories on the making of some of the most popular films of the last few decades-including the Star Wars, Harry Potter, and Leprechaun movie franchises, among many others-and shares the unique perspective of life as experienced by someone with a one-in-a-million genetic condition.

Both refreshingly frank and highly entertaining, this book will help you see what life is like when it really is too short.