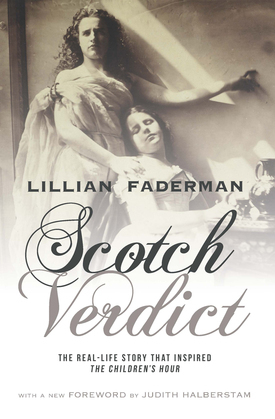 Scotch Verdict: The Real-Life Story that Inspired "The Children's Hour"

Award-winning author Lillian Faderman recreates the events surrounding this notorious case, which became the basis for Lillian Hellman’s famous play, The Children’s Hour. Reconstructing the libel suit filed by Pirie and Woods, which resulted in a scotch verdict, or a verdict of inconclusive/not proven, Faderman builds a compelling narrative from court transcripts, judge’s notes, witnesses’ contradictory testimony, and the prejudices of the men presiding over the case. Her fascinating portrait documents the social, economic, and sexual pressures that shaped the lives of nineteenth-century women and the issues of class and gender that contributed to their marginalization.