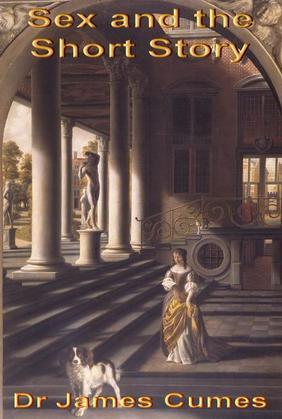 Sex and the Short Story

A Sense Of Place Publishing is proud to include Dr James Cumes amongst its authors. The publication of his sweeping essay on the evolution of Sex and the Short Story represents the first of what we hope will be many further contributions from this esteemed writer.

The book examines the evolution of the language, such as when specific words first appeared in English dictionaries, associated with sexual descriptions in novels and short stories; pans across obscenity trials and looks with some amazement at the rapid evolution from prudishness to a point where almost anything goes.

It serves as a stand alone piece on the changing social mores; and also serves as an introduction to subsequent volumes of Dr James Cumes' short stories, to be published by A Sense of Place Publishing. These include Dirty Weekend and Life Is A Belly Dance.

He worked his way up the Australian Foreign Affairs Department and subsequently became a distinguished Australian Ambassador to the European Union after holding diplomatic posts including Ambassador and Head of Mission in Paris, Geneva, London, Bonn and Berlin. His career has also included acting as Australian representative to the United Nations and Governor on the Board of the International Atomic Energy Agency.

Cumes is now working on two books of memoirs derived from his period as High Commissioner to Nigeria.

While his pursuit into erotica and the short story seems at odds with the official nature of much of James Cumes' career and other writings, his diversity of interests make him one of Australia's few truly Renaissance characters.