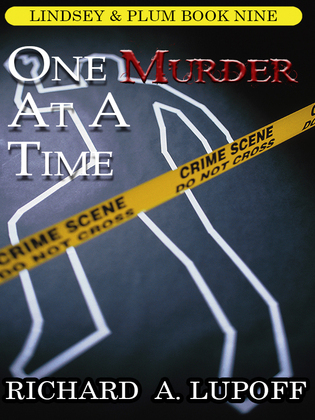 One Murder at a Time: A Casebook: The Lindsey & Plum Detective Series, Book Nine

Is it really over? Have Hobart Lindsey and Marvia Plum solved their last case? Lindsey, the mild-mannered bachelor insurance adjuster. Plum, the tough inner-city cop and single mom. You can hardly think of an odder couple, but somehow they were able to bring out the best in each other. Through a series of eight novels that carried them from California to Louisiana, from Denver to Chicago to New York to Rome, they explored the eccentricities of American pop culture, from comic books to race movies, from classic cars to sleazy gangster novels. And now...is this really the end? One Murder at a Time chronicles eight shorter cases of Lindsey and Plum, originally published in magazines and anthologies in the United States and Great Britain. Bonus material in this surprising book are the complete text of "Death in the Ditch," the McGuffin in The Cover Girl Killer, as well as "Yesterday Calling," the complete radio scripts of The Radio Red Killer. And the biggest treat of all--an alternate ending that was omitted from The Emerald Cat Killer, something that will delight every Lindsey and Plum fan. First-rate mystery and suspense writing from a master of the genre!