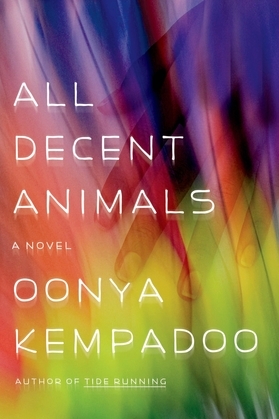 Oonya Kempadoo's moving third novel, All Decent Animals, looks at the personal and aesthetic choices of a multifaceted cast of characters on the Caribbean island of Trinidad?a country still developing economically but rich culturally, aiming at "world-class" status amid its poor island cousins. It is a novel about relationships, examined through the distinct rhythms of the city of Port of Spain.

Loyalties, love, conflicting cultures, and creativity come into play as Ata, a young woman working in carnival design but curious about writing, and her European boyfriend, Pierre, negotiate the care of their friend Fraser, a closeted gay man dying from AIDS. The contradictory Trinidadian setting becomes a parallel character to Fraser's Cambridge-derived artistic sensibility and an antagonist to Ata's creative journey.

All Decent Animals is a forthright inquiry into the complexity of character, social issues, and island society, with all the island's humor, mysticism, and tragedy.