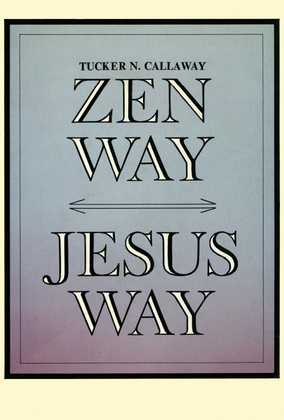 Very few Christians who are interested in Zen Buddhism understand the fundamentals of the religion itself. Most of the books which are available on Zen are superficial and fraught with caricatures and erroneous generalizations - concentrating more on meditation than on the real essence of Zen. Now the Christian who has been waiting for a clear and thorough explanation of Zen in terms he can understand has been provided with Zen Way—Jesus Way—a unique inside look at Christianity and Zen Buddhism by Dr. Tucker N. Callaway, a committed Christian missionary who for twenty years has practiced zazen in Japanese temples in an effort to reach the heart of the faith.

Calloway has a knack for making philosophical concepts clear to the general reader and begins Zen Way—Jesus Way by presenting the fundamental presuppositions of Zen and several of the concepts which are logically deduced from them. Next he relates some of his experiences in Buddhist temples, while explaining the practical applications of Zen philosophy. Finally he interprets the Jesus Way in a manner that makes possible a genuine comparison with the Zen way.