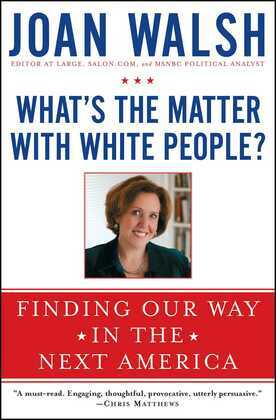 What's the Matter with White People?: Finding Our Way in the Next America

Using her extended Irish-Catholic working-class family as a case in point and explaining her own political coming-of-age, Walsh shows how liberals unwittingly collaborated in the ?us versus them? narrative and how the GOP?s renewed culture war now scapegoats segments of its own white demographic.

Part memoir, part political history, What?s the Matter with White People? is essential reading to combat political and cultural polarization and to build a more just and prosperous multiracial America in the years to come.

WITH A NEW AFTERWORD