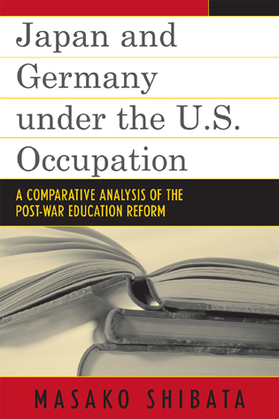 Japan and Germany under the U.S. Occupation: A Comparative Analysis of Post-War Education Reform

Japan and Germany under the U.S. Occupation explores the reconstruction of education in both countries after World War II. In Japan large-scale reforms were undertaken swiftly after the nation's surrender, whereas in the U.S. Zone of Germany most of the traditional aspects of education were maintained. Masako Shibata argues that differences in the role of the university and in the pattern of elite formation, traceable back to the beginnings of Meiji Japan and the Kaiserreich created the conditions for the diverging approaches of the Japanese and German leaders to the adoption of foreign educational patterns during the Occupation.