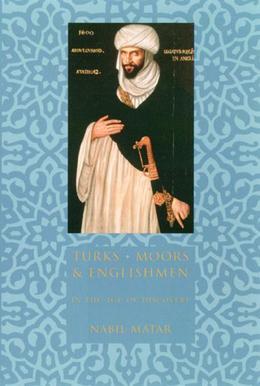 Turks, Moors, and Englishmen in the Age of Discovery

by Nabil Matar (Author)
Nonfiction Literary essays Social science History History by country Europe
EPUB
Unlimited loans, One at a time
Details
During the early modern period, hundreds of Turks and Moors traded in English and Welsh ports, dazzled English society with exotic cuisine and Arabian horses, and worked small jobs in London, while the "Barbary Corsairs" raided coastal towns and, if captured, lingered in Plymouth jails or stood trial in Southampton courtrooms. In turn, Britons fought in Muslim armies, traded and settled in Moroccan or Tunisian harbor towns, joined the international community of pirates in Mediterranean and Atlantic outposts, served in Algerian households and ships, and endured captivity from Salee to Alexandria and from Fez to Mocha.

In Turks, Moors, and Englishmen, Nabil Matar vividly presents new data about Anglo-Islamic social and historical interactions. Rather than looking exclusively at literary works, which tended to present unidimensional stereotypes of Muslims—Shakespeare's "superstitious Moor" or Goffe's "raging Turke," to name only two—Matar delves into hitherto unexamined English prison depositions, captives' memoirs, government documents, and Arabic chronicles and histories. The result is a significant alternative to the prevailing discourse on Islam, which nearly always centers around ethnocentrism and attempts at dominance over the non-Western world, and an astonishing revelation about the realities of exchange and familiarity between England and Muslim society in the Elizabethan and early Stuart periods.

Concurrent with England's engagement and "discovery" of the Muslims was the "discovery" of the American Indians. In an original analysis, Matar shows how Hakluyt and Purchas taught their readers not only about America but about the Muslim dominions, too; how there were more reasons for Britons to venture eastward than westward; and how, in the period under study, more Englishmen lived in North Africa than in North America. Although Matar notes the sharp political and colonial differences between the English encounter with the Muslims and their encounter with the Indians, he shows how Elizabethan and Stuart writers articulated Muslim in terms of Indian, and Indian in terms of Muslim. By superimposing the sexual constructions of the Indians onto the Muslims, and by applying to them the ideology of holy war which had legitimated the destruction of the Indians, English writers prepared the groundwork for orientalism and for the eighteenth- and nineteenth-century conquest of Mediterranean Islam.

Matar's detailed research provides a new direction in the study of England's geographic imagination. It also illuminates the subtleties and interchangeability of stereotype, racism, and demonization that must be taken into account in any responsible depiction of English history.