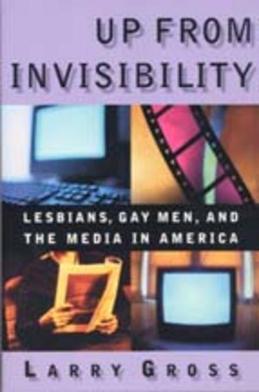 Up from Invisibility: Lesbians, Gay Men, and the Media in America

by Larry Gross (Author)
Non-Fiction Literary essay Social science Sociology Arts Mass Media Television Screenwriting
EPUB
unlimited loans, One at a time
Details
A half century ago gay men and lesbians were all but invisible in the media and, in turn, popular culture. With the lesbian and gay liberation movement came a profoundly new sense of homosexual community and empowerment and the emergence of gay people onto the media's stage. And yet even as the mass media have been shifting the terms of our public conversation toward a greater acknowledgment of diversity, does the emerging "visibility" of gay men and women do justice to the complexity and variety of their experience? Or is gay identity manipulated and contrived by media that are unwilling—and perhaps unable—to fully comprehend and honor it?

While positive representations of gays and lesbians are a cautious step in the right direction, media expert Larry Gross argues that the entertainment and news media betray a lingering inability to break free from proscribed limitations in order to embrace the complex reality of gay identity. While noting major advances, like the opening of the Oscar Wilde Memorial Bookstore—the first gay bookstore in the country—or the rise of The Advocate from small newsletter to influential national paper, Gross takes the measure of somewhat more ambiguous milestones, like the first lesbian kiss on television or the first gay character in a newspaper comic strip.