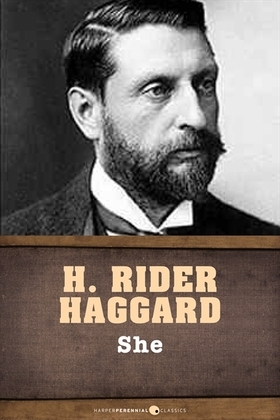 She follows the journey of Horace Holly and his ward, Leo Vincey, to a lost African kingdom where they meet the Amahagger people and the mysterious queen, Ayesha, who reigns as “She” or “She-who-must-be-obeyed.”

An immediate success, She was first serialized in The Graphic magazine from October 1886 to January 1887, and has since sold more than 80 million copies in more than 40 languages, and has never been out of print. It is considered to be one of the foundational works upon which later fantasy literature was based, influencing such authors as J. R. R. Tolkien, Rudyard Kipling, Henry Miller, and Margaret Atwood. She was the first fictional work to employ Lost World conventions, which have been emulated by numerous later authors and has developed into a popular literary sub-genre, as well as contributing to the development of the adventure sub-genre and Imperial Gothic.