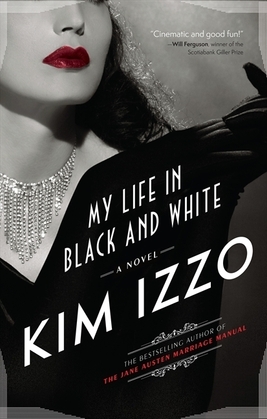 My Life In Black And White

When Clara Bishop, a struggling screenwriter-turned-tabloid journalist in Hollywood, is jilted by her philandering husband, she follows him to London, determined to win him back. Armed with only a glamorous wardrobe of vintage clothing inherited from her grandmother, a former film noir actress, Clara discovers that the clothes really do make the woman. Dressed to kill, she adopts a new femme fatale persona: confident, sexy and set on revenge. But on the road to retaliation, Clara discovers an unfinished film script that sheds light on her grandmother’s mysterious death years before. Then it happens: somehow, magically, her whole life is transported back in time, into a living, breathing film noir that reveals to Clara the potential to write her own ending.