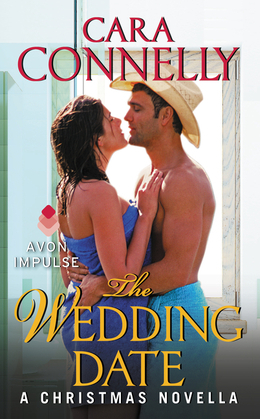 In The Wedding Date, Cara Connelly launches her new Save the Date series, about the magic—and mayhem—of weddings!

Julie Marone isn't your ordinary matchmaker. Instead of setting up singles, she matches already-happy couples with their dream homes. And since she lost the other half of her own happy couple, it's her passion.

Cody Brown isn't your ordinary cowboy. Instead of roping runaway steers, he wrangles sick kids and strung-out junkies as an ER doc. And since his brother lost his wife to a drunk driver, it's his mission.

When Cody moves from Austin to Boston, he wants Julie to find him a condo. But not only is Cody single, he's a doctor, and ever since her fiancé died, she's got a major grudge against doctors.

Cody angles to be Julie's date for her sister's Christmas Eve wedding but discovers that her "no doctors" rule is unbending. Still, he's not quitting. If Cody has his way, they'll be a couple by Christmas, and the next dream house Julie finds will be their own.