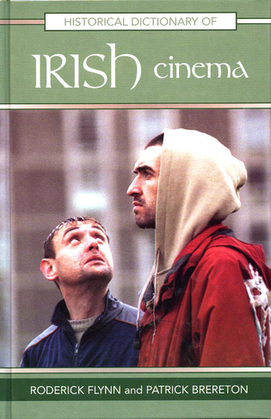 In 1898, documentary footage of a yacht race was shot by Robert A. Mitchell, making him the first Irishman to shoot a film within Ireland. Despite early exposure to the filmmaking process, Ireland did not develop a regular film industry until the late 1910s when James Mark Sullivan established the Film Company of Ireland. Since that time, Ireland has played host to many famous films about the country_Man of Aran, The Quiet Man, The Crying Game, My Left Foot, and Bloody Sunday_as well as others not about the country_Braveheart and Saving Private Ryan. It has also produced great directors such as Neil Jordan and Jim Sheridan, as well as throngs of exceptional actors and actresses: Colin Farrel, Colm Meaney, Cillian Murphy, Liam Neeson, Maureen O'Hara, and Peter O'Toole. The Historical Dictionary of Irish Cinema provides essential facts on the history of Irish cinema through a list of acronyms and abbreviation; a chronology; an introduction; a bibliography; and hundreds of cross-referenced dictionary entries on the pioneers and current leaders in the industry, the actors, directors, distributors, exhibitors, schools, arts centers, the government bodies and some of the legislation they passed, and the films.