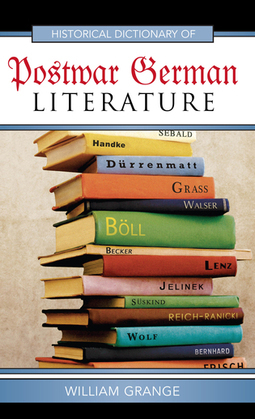 Historical Dictionary of Postwar German Literature is devoted to one of the most intriguing bodies of modern literature, that produced in the German language, whether from Germany, Austria, Switzerland or writers using German in other countries. The linguistic consanguinity of these locales notwithstanding, there are considerable variations in literary tenor and approach within each of them. This volume covers an extensive period of time, beginning in 1945 at what was called 'zero hour' for German literature and proceeds through the remainder of the 20th century, concluding in 2008.