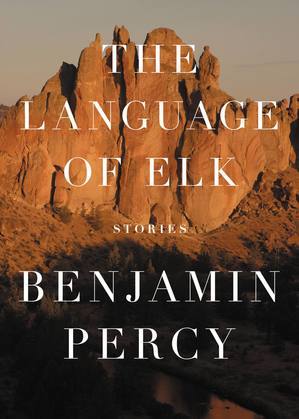 The Language of Elk: Stories

This debut collection of stories, The Language of Elk, by the award-winning author of Red Moon, assembles its cast from the mountain towns and low life taverns and high desert ranches of Oregon--a state that in isolated pockets remains a still-unfinished place, the frontier.

Here nature exists as a source of wonder and a force to be conquered. Here myths haunt the moss-laden woods and Benjamin Percy shines his light on them, revealing bearded ladies and Bigfoot and marijuana colonies and elk hunting ranches and haunted Indian burial sites, the underside of contemporary western America.

With a salty mystical voice that partners the landscape and a vision as wild as his characters, Percy explores a world of surprising violence and gentleness, hilarity and heartbreak, loveliness and ugliness, and in doing so emerges as a beautifully raw voice of the West.